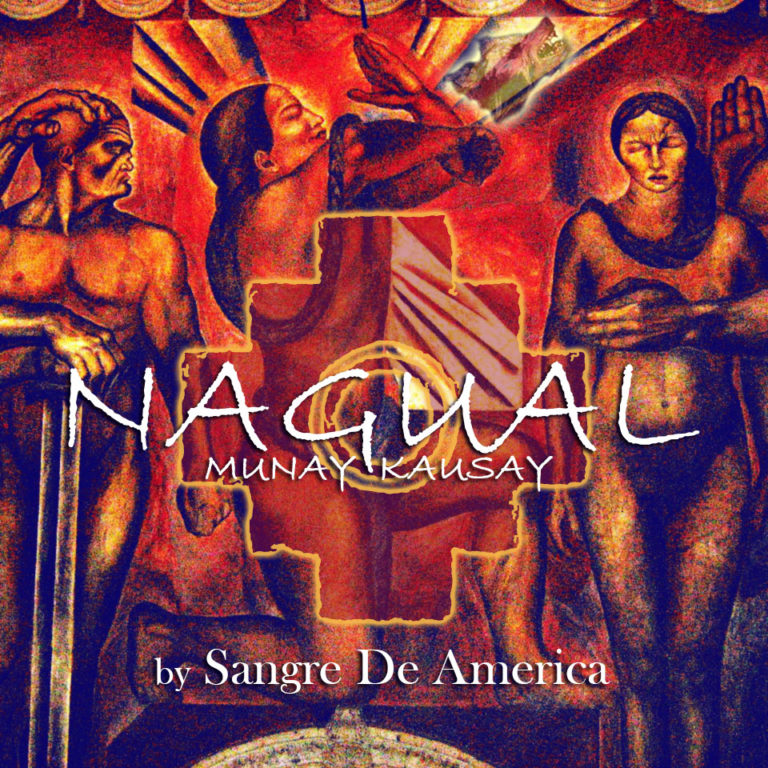 Sangre de America emerges from under the radar. In 1992, their debut album, Yawar Pachamama was released in China, Italy, Spain, United States. In (2007) their Afroamerindios album was reviewed by The New York Times. Published and distributed by the American label Ryko / Warner.

In the new project 16 tracks share a rare blend of deep roots, Africa, America and fresh blood. Their orginal Afroamerindian fusion contains folklore and traditional songs, and turned their project in a much appreciated unknown South American conceptual music in different countries.

In more than two decades have passed different souls through the Sangre de America, their new album called Nagual Munay Kusay – (Tribute to the indigenous and African traditions) is a special blend of world music, native american melodies with percussion and african mystical influence. This tracks contains various artists and special guests. Far away atmospheres mixed with skill.
Songs like “Viento del Sur”, “Bartolina Sisa” and “Orinoco Arawak” manifest a sophisticated research that blends special elements of folktronic with sounds of forest. There is a lot of feeling, warmth and vigor in their tracklist. The veteran H.Antoni Carvajal offers in this project several extraordinary tunes, tribal rhythms combined with ancestral voices and sounds.

Ancestral album is the inner art of traveling to the invisible worlds beyond traditional natives chants and ordinary reality to retrieve information for change in every area of our lives—from spirituality and health to work and relationships. Ancestral is a Shamanic Journeying, a ritual sounds is a music to listen the core teachings of this ancient practice based in prayers, invocation chants and spiritual indigenous traditions and apply these skills in their own journey. Includes drumming sounds for shamanic journeys.